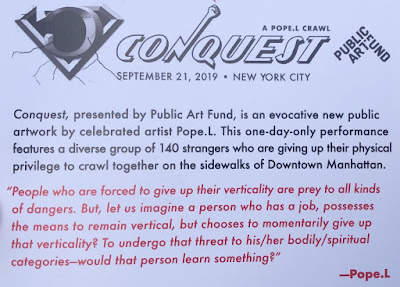 On Saturday, September 21st, the artist Pope.L , with the help of 140 volunteers performers,  presented Conquest in New York City, a five hour Crawl throughout the village.

Along the way, at 11am, for a short part of this inspiring project, I guided Let's Take a Walk #40, reporting and guiding you via @mcayer on Twitter.
In addition I had the chance of participating, crawling, for the last leg of the journey and was greeted by a hug from Pope.L, a gesture given to all the participants at the finishing line. The final moment of this performance was that of Pope.L being doused with water bottles labeled "Water from Flint Michigan", Pope.L had given us, adding one more element of Social Justice issues that the artist cares for.

As you know I love coincidence, that day marked the 40th years of Pope.L Crawl project, a friend, Debra Jenks, who also volunteered, was dragging along a box filled with rejection letters of the last 40 years of her career as an artist and I present Let's Take a Walk #40  LTAW project began in 2009.
It was for me an enriching experience, I learned that crawling is very difficult, especially on a hot cloudless day, that Pope.L is a very friendly person and that it is nice to know that people you love and who care for you are near by when you are down to the ground.
I look forward to seeing Pope.L exhibit at the Whitney Museum.
To read more on this project here is an wonderful article by Mandy Harris Williams

One of Pope.L's incentive in creating this project was meant to bring attention to homelessness, like him, I worked on a project that touches this very important issue, RoadKills and Other Casualties on a year long project in 2005-2006.

I hope that you had a chance to be part of this project in real time or via Twitter,  sharing a journey, an experience from anywhere in the world. 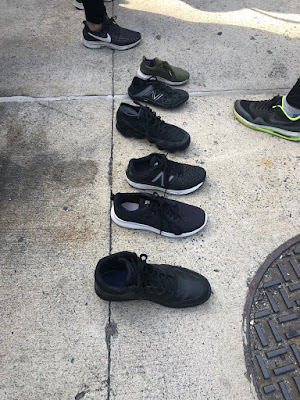 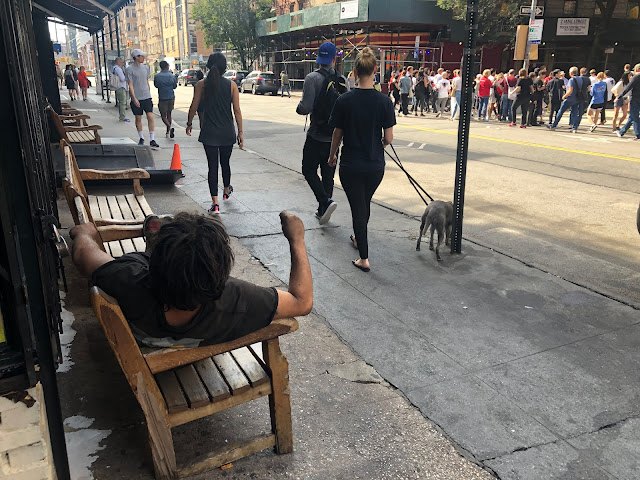 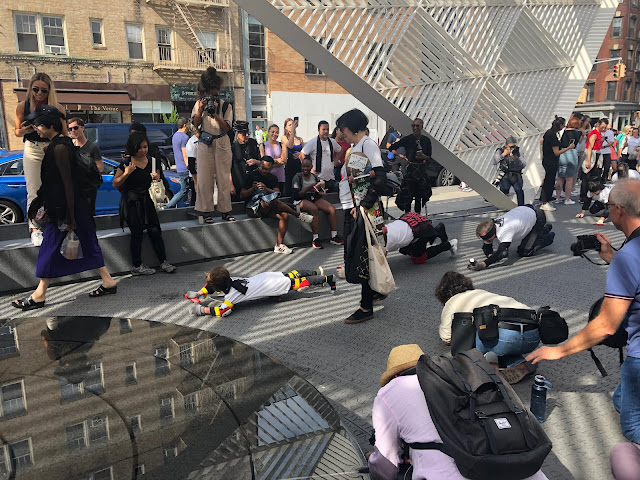 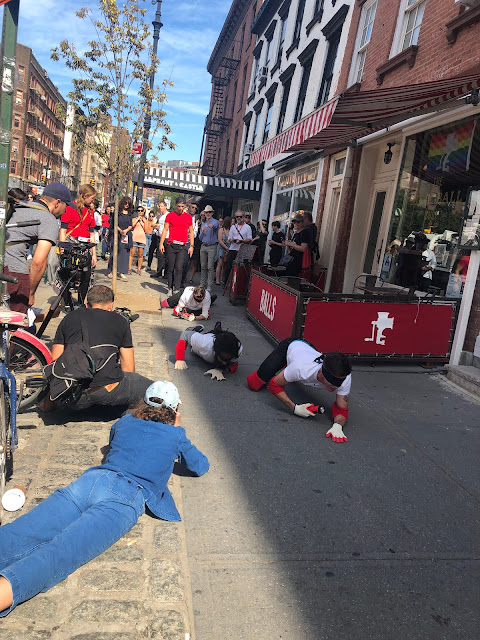 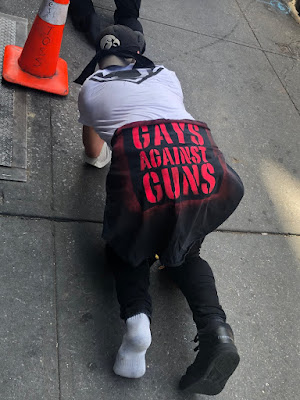 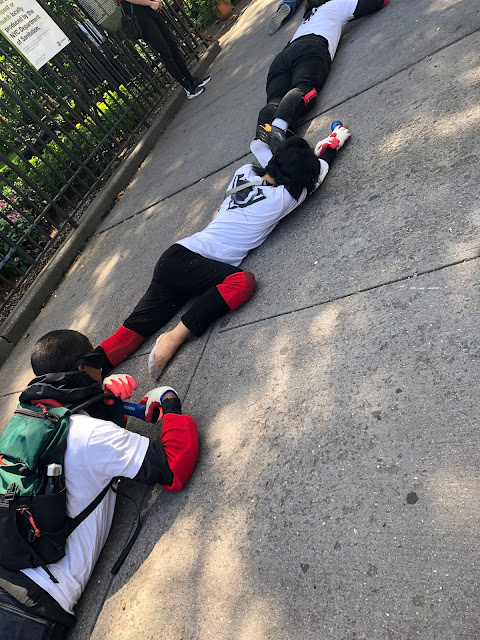 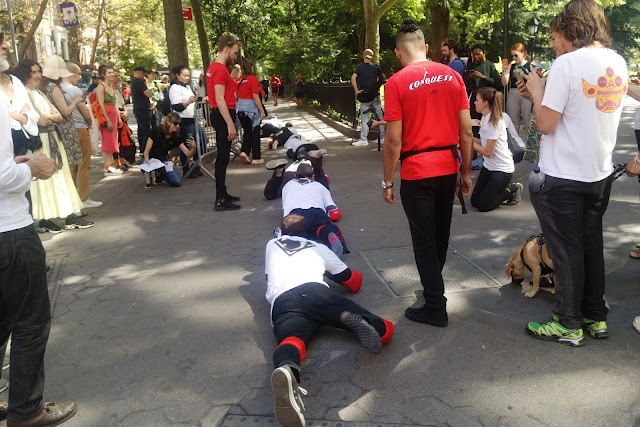 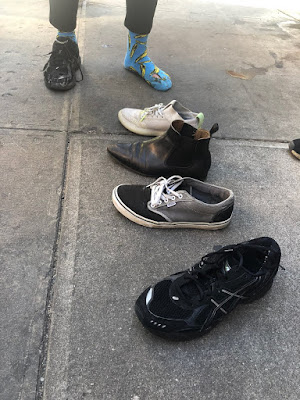 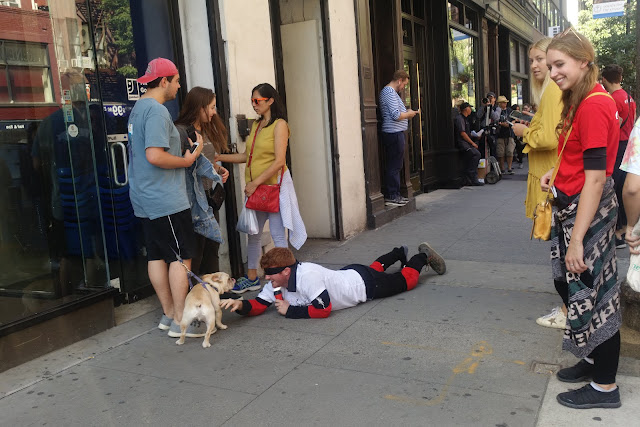 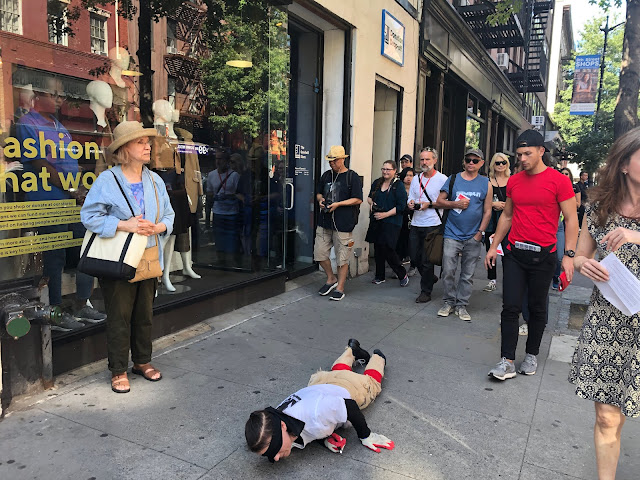 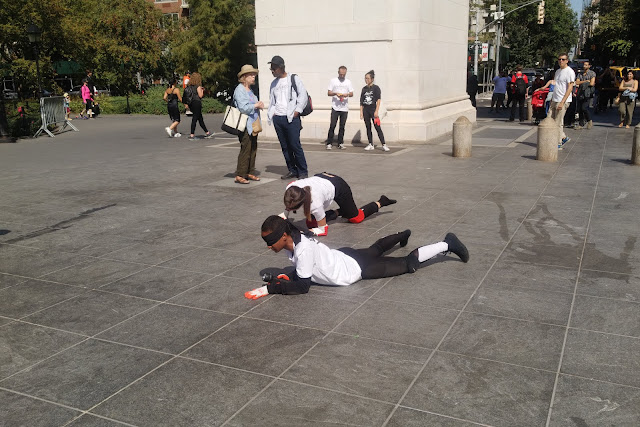 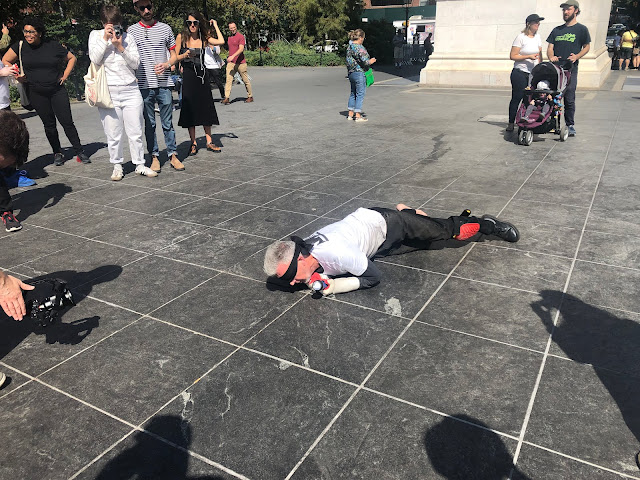 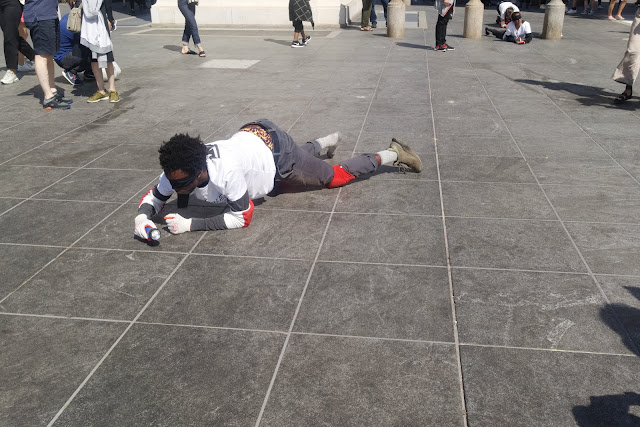 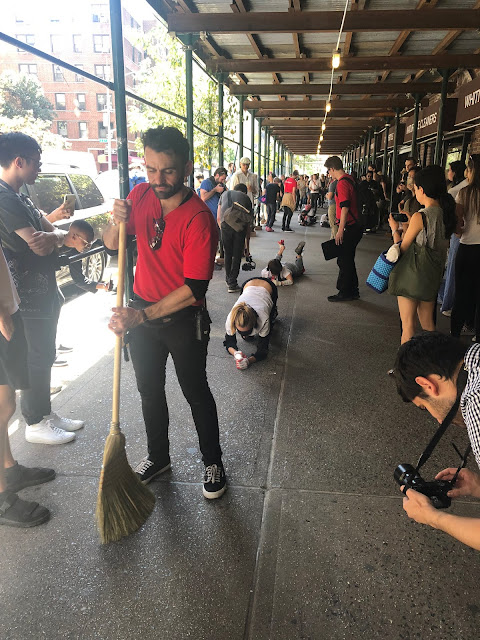 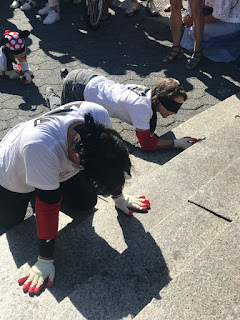 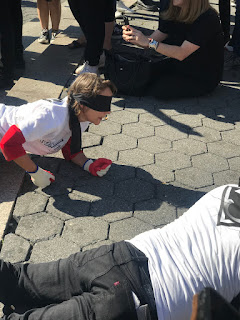 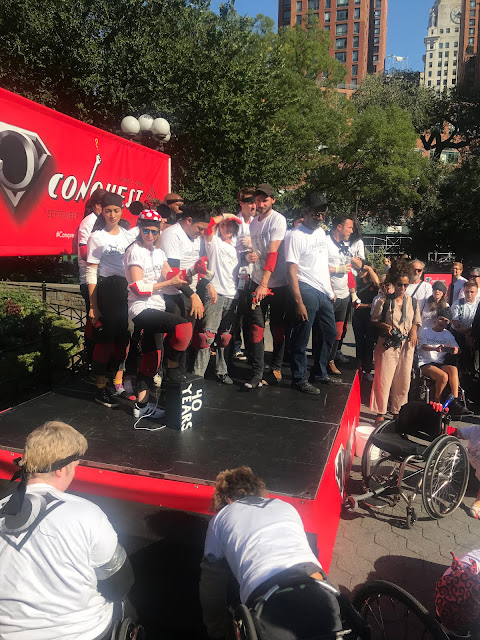 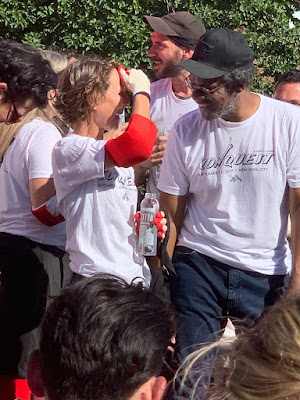 As always I thank you for you participation in Let's Take a Walk, guided and performed since 2009. Walking together in different places throughout the world, yet moving in sync. So far there has been 40 walks: each is a shared moment, a way to connect with each others. In my hope a step toward peace. Marie Christine
Posted by Marie Christine Katz at 9:10 AM